Sheuermann’s Kyphosis is a condition that is identified by too much curvature in the middle of the back. It usually occurs during phases of accelerated growth. In these cases, the back of the spine grows quicker than the front of the spine, causing a wedge-like vertebra. 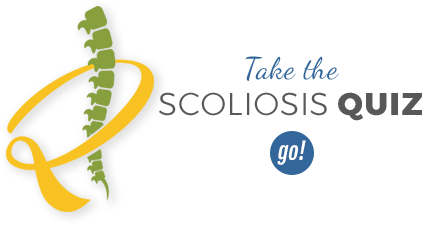 Scheuermann’s kyphosis, a “developmental” type of kyphosis, means that the condition happens during a person’s growth cycle. This disease develops in about one percent of adolescents while their bones continue to grow and becomes recognized when the front of the vertebrae wedge closer together in a triangular shape — causing the spine to curve forward more than normal. This condition affects an equal number of boys and girls. On the other hand, normal vertebrae are rectangular in shape and stack on top of one another like building blocks, with a soft cushion between each one.

Learn about Scheuermann’s Kyphosis including:

In order to understand your symptoms and treatment choices, it is helpful to start with a basic understanding of the anatomy of the mid-back. Become familiar with the various parts that make up the thoracic spine and how they work together.

Learn more about the anatomy of the thoracic spine

The normal spine has three natural curves. The cervical spine curves slightly inward, the thoracic slightly outward, and the lumbar slightly inward. This shape provides an even distribution of weight and helps the spine withstand all kinds of forces. Even though the lower portion of the spine holds most of the body’s weight, each segment relies upon the strength of the others to function properly.

Kyphosis refers to the natural shape of the thoracic spine, which usually has a forward curve of 20 to 40 degrees. This rounded shape is a normal kyphosis, a “C” curve, with the opening of the C in the front. If this curve is more than 40 to 45 degrees, doctors consider it abnormal or a spinal deformity. Also, sometimes this deformity is known as “round-back posture” or “hunchback.”

With Scheuermann’s kyphosis, the thoracic curve is usually 45 to 75 degrees. There will also be vertebral wedging greater than five degrees with three or more vertebrae in a row. The affected vertebrae have a triangular appearance. They wedge forward, which reduces the space between them. The thoracic spine angles forward into more kyphosis.

There are typically other abnormalities in the affected vertebrae. Schmorl’s nodes are areas where the disc (cushion) between each affected vertebra pushes through the bone surface at the bottom and the top (endplates) of the vertebra. Ligaments are the structures that help connecting bones to bones, including vertebrae. Patients with Scheuermann’s kyphosis commonly have thickening in the ligament running along the front of the spine (the anterior longitudinal ligament). Some spine specialists believe that the tightness of this ligament may partly be responsible for the spinal deformity. The thickened ligament may affect the growth of one or more vertebrae during childhood. This leads to more growth on the back of the vertebrae and less in the front, resulting in one or more wedged vertebrae.

Yet, the cause of Scheuermann’s kyphosis remains to discover, but there are many possible theories about its development. Scheuermann, a Danish radiologist, proposed that the problem started because cartilage of the spinal bone’s ring died from a lack of blood supply. He mentioned that this interrupted bone growth during development, leading to wedging of the affected vertebrae.

In addition, most researchers think that some sort of damage to the growth area of the vertebrae starts the process.

The abnormal growth produces wedging of the vertebrae, which eventually leads to problems of kyphosis. For instance, there may be a vertebral disorder during the rapid growth spurts of adolescence that causes abnormal bone growth. Many spine specialists also suspect that a problem with the mechanics of the spine (the way it is put together and functions) plays a part in Scheuermann’s kyphosis. Others suggest mild osteoporosis could contribute to the deformity.

Muscle abnormalities are considered one of the possible causes. And there does seem to be a high genetic predisposition to this disease (runs in families).

Scheuermann originally noticed this spinal deformity in agriculture workers who were frequently hunched or bent over. This of course led to the question of whether poor posture could lead to extra kyphosis. While this is a logical question, there is no confirmation of the connection between posture and this deformity in science. However, poor posture plays a vital role in making the problem worse. Therefore, correcting postural problems can sometimes help improve abnormal kyphosis.

Symptoms of Scheuermann’s kyphosis generally develop around puberty, between the ages of 10 and 15. It’s hard to determine when the problem begins because X-rays don’t show the changes until the child turns 10 or 11. When parents notice the onset of poor posture or slouching, in their child, the disease discovers. The adolescent might experience pain and fatigue in the mid-back. The pain is rarely disabling or severe at this point unless the deformity is severe.

Generally, extra kyphosis slowly develops. When it progresses to the point the rounded curve becomes noticeable, a concerned parent or teacher will suggest a doctor visit. This is what leads most children to get medical help-not the presence of pain. By comparison, adults who have Scheuermann’s early in life tend to seek help. This is because the pain from the deformity becomes unbearable.

Scoliosis is another type of spinal deformity that usually occurs in teenagers. Looking at an X-ray from the front, scoliosis curves side to side, like an “S” rather than a straight line. Learn more about adolescent idiopathic scoliosis.

People who have Scheuermann’s kyphosis usually don’t have nerve problems from the spinal deformity. However, a severely rounded spine can squeeze the contents of the chest and abdomen. The disorder may eventually put pressure on the heart, lungs, and abdomen. This can mean chest pain, shortness of breath, and a loss of appetite.

When you visit the doctor, you must tell your medical history on an initial basis. After taking a history, the physician will give you a physical exam. This helps the doctor to rule out possible causes of kyphosis, including Scheuermann’s kyphosis, and to try to determine what is causing the spinal abnormality.

The doctor will take an X-ray of the spine probably. The extra kyphosis will show up on the X-ray and it is measurable in degrees. If the problem is simply due to postural problems, nothing else abnormal will show up on the X-ray. But if the kyphosis is due to Scheuermann’s disease, the X-ray will show three or more adjacent wedged vertebra at least five degrees each. In addition, the X-ray will show if there are Schmorl’s nodes (the small herniations of the disc through the endplates of the vertebrae). Arthritis may show up on X-rays in adults with extrathoracic kyphosis. These changes generally coincide with an increase in pain.

Treatment of Scheuermann’s kyphosis is somewhat controversial. It depends on many things such as your age, the severity of the curve, and the flexibility of the curve.

If possible, doctors will treat abnormality without surgery. One option is bracing. The goal of bracing is to “guide” the growth of the vertebrae and thus, help to straighten the spine. The brace will only successfully straighten the spine in individuals who are still growing. The brace helps to hold the spine in a straighter and upright posture. This is thought to work by taking pressure off the front half of the vertebra, allowing the growth of the bone in the front to catch up with the growth in the back. A brace helps senior people or older patients to support the spine and relieve pain, but it will not improve the curve.

There are many braces are available that keep the shoulders pulled back and the chin upright. Braces are usually effective in adolescents with curves of less than 75 degrees. Learn more about braces used to treat back problems. If young people feel comfortable wearing the brace, they can limit the worsening of the curve. Sometimes a correction to the deformity occurs within two years. The brace allows remodeling and corrected the growth of the developing spine. The brace is usually worn from 16 to 24 hours each day for one year, then just at night for two years.

The doctor may prescribe physical therapy. A well-rounded rehabilitation program assists in calming pain and inflammation, improving mobility and strength, and making daily activities easier. When people include physical therapy along with wearing a brace, they will get more benefits.

It is not evident that exercise helps in changing the kyphotic curve in the mid-back. However, it can help when you combine it with bracing. Kyphosis treatments address the flexibility of the low back and hamstring muscles, back strength and posture, and ways to exercise at home. People might require rechecks with the physical therapist once or twice each year during periods of growth.

The goals of physical therapy are to help:

Medical experts recommend surgery if X-rays show a kyphosis over 75 degrees. Use a brace or get medical observation to treat a curve less than 75 degrees. However, doctors perform surgery occasionally for certain cosmetic reasons. As the surgery is serious and involves the spine, it is generally not preferable just to improve appearance.

Fusion surgery assists in correcting Scheuermann’s kyphosis. The operation has two parts. One operation is carried out on the front of the spine (anterior) and another one on the back (posterior). These two surgeries are carried out at a gap of one week. Many doctors are doing both operations on the same day.

Most of the surgeries for correcting kyphosis involve a rigid spine. And, both anterior and posterior procedures are generally required. There are some cases of kyphosis that doctors can correct with the help of a posterior procedure alone. In fact, some surgeons are performing posterior-only surgery for Scheuermann’s kyphosis regardless of the size of the curve.

The doctor will advise which type of surgery is the best. The use of a surgical approach will depend upon the patient’s age, spine flexibility, the location and degree of the curve, and whether there is pressure on any of the nerve roots.